THE STORY OF BEAVERTON'S 92-YEAR-OLD TRIBUTE TO THOSE WHO ANSWERED THE CALL TO ARMS.

Beaverton’s World War I memorial in Ross Lake Park has been a part of our community for 92 years. It was on Flag Day, June 14, 1925 that the monument was dedicated before a crowd of over 3,000 people, including an impressive list of dignitaries and politicians, along with delegates from American Legion posts from fifteen surrounding counties.

The monument, entitled “The Survivor,” was created over the winter and spring of 1925 in Beaverton by Helmuth von Zengen. He used his own patented technique that began with a steel structure mounted on a concrete base cast in place – it was not sculpted in a studio. His method involved wrapping the steel structure with a tightly-packed core of pliable material encased in a fabric binding. Over that he applied sheets of cloth – probably burlap – that had been soaked in a cement mixture to form an approximation of the general shape of the piece. After that had thoroughly hardened he began to apply a thick concrete mixture and formed it to very nearly the finished shape. On top of that he applied a finish coating of concrete slurry that also contained pigments to give the various elements of the piece appropriate color. He hand-finished that final coating which, after hardening, became the exposed finish of the piece. His method permitted an affordable sculpture that even small towns could afford. 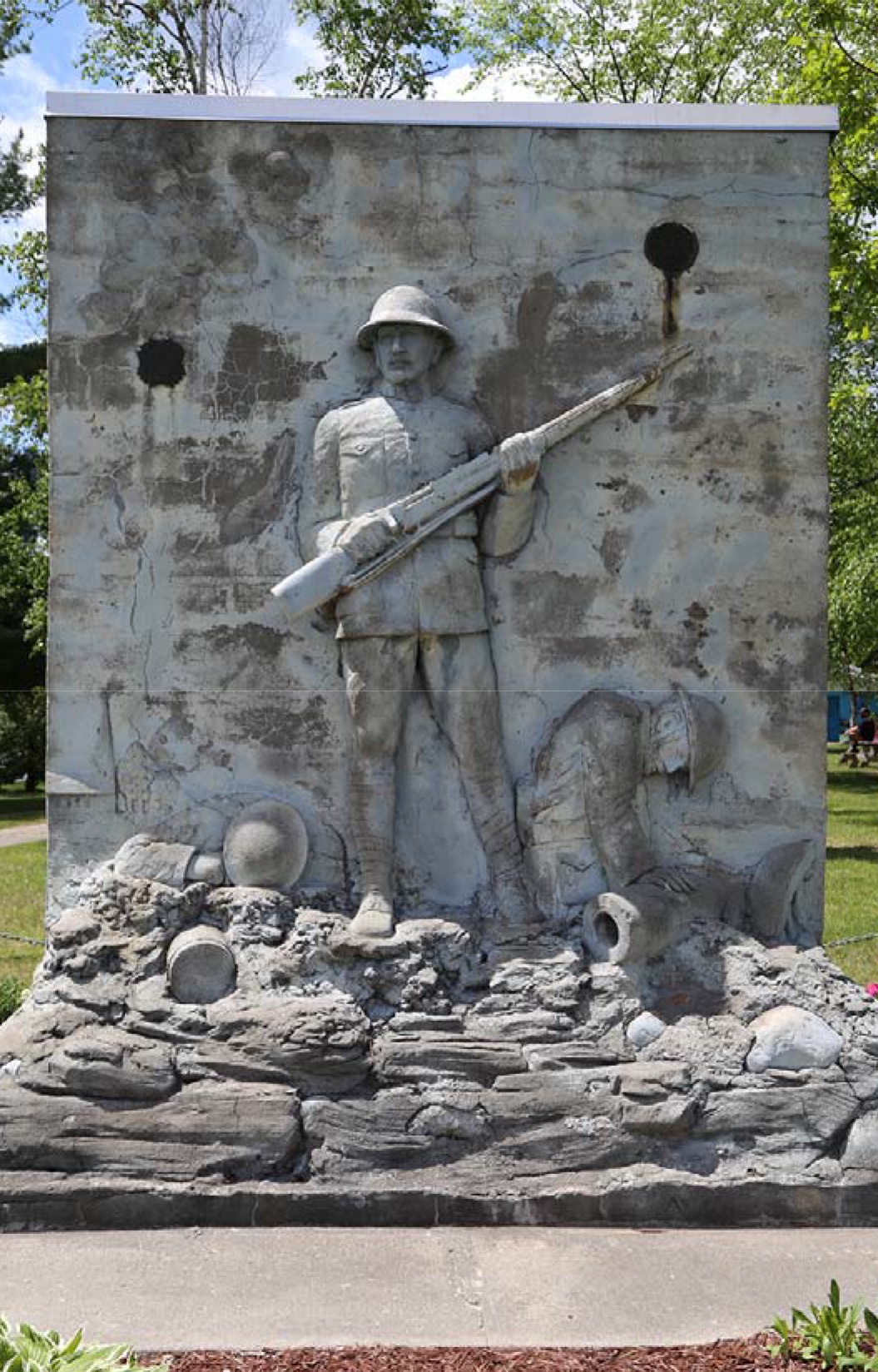 By the early days of 1925 he was visiting a family in Beaverton when he was persuaded by the Manley Morris Post of the American Legion to undertake the sculpture to honor those from the area who had served and died in the recent war in Europe. His visit to Beaverton proved to be profitable for him. His skills came to the attention of Herbert H. Dow of the Dow Chemical Company, who hired him to create various sculptures in the Midland area. Mr. Dow also provided him with access to his Oxychloride laboratory in which he could perfect his processes and techniques.

By 1926 Mr. Von Zengen is in Fort Myers, Florida where he worked on a number of commissions – most notably his “Spirit of Fort Myers.” That work is probably the most famous work attributed to him. It remains a centerpiece described in local promotional material as “one the of the city’s most beloved landmarks.”

He moved to Tampa, Florida in 1946, and that appears to be the place he called home for the rest of his life. He died May 12, 1961 and is buried in Tampa’s Lake Carroll Cemetery. He apparently never married and produced no known offspring. His legacy is his work – one of which is right here in Beaverton, MI. 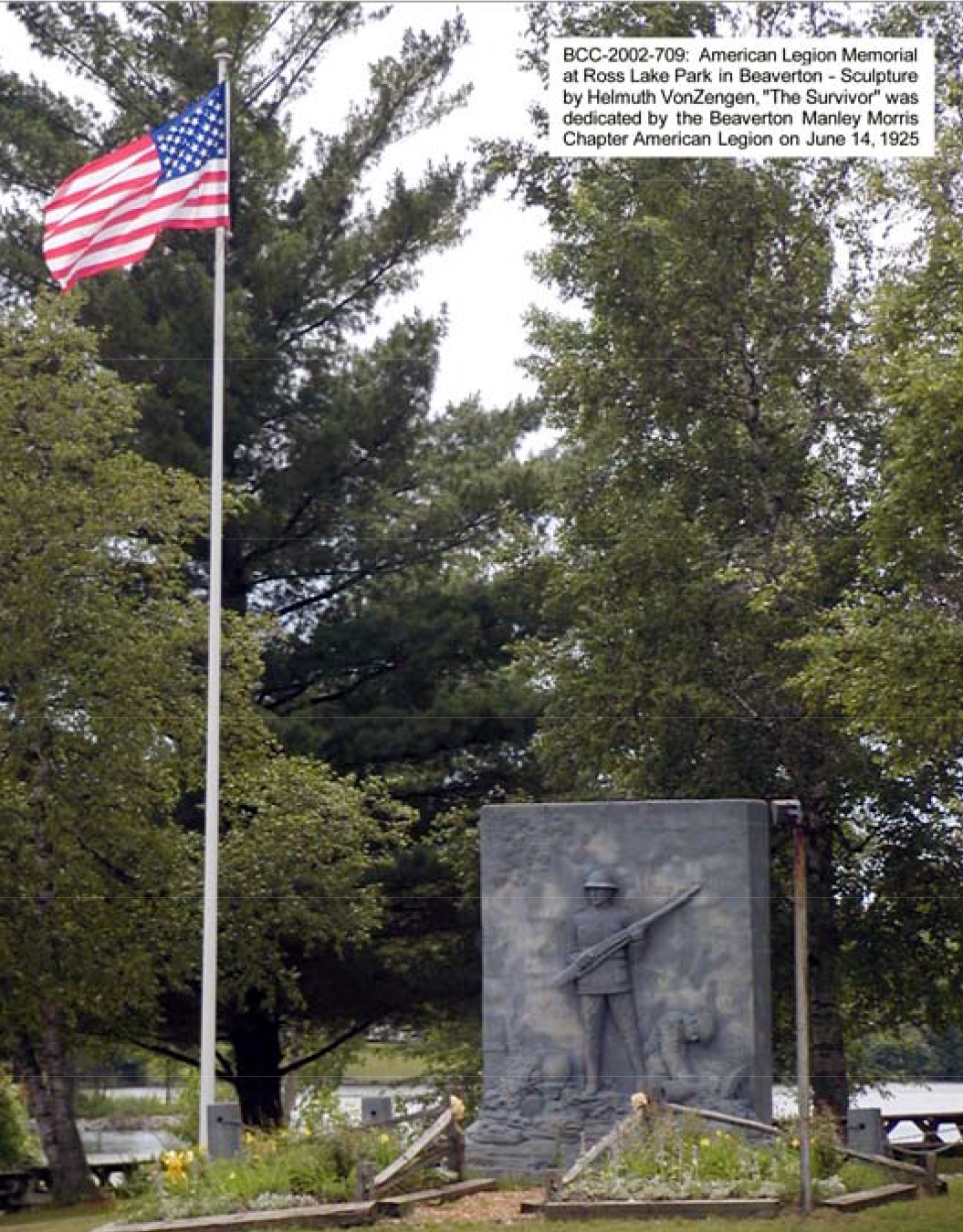 The scene depicted on the monument shows three soldiers in WWI era uniform. One to the right is clearly deceased, and the one on the left is wounded. The final figure is standing at guard in the middle of this suffering and death. He is the survivor who must continue to strive to achieve the final victory so that his compatriots will not have died in vain. One prominent local family which had a personal connection with the artist, maintains a tradition that the three men depicted were inspired by three brothers; one who died, one who was wounded and later died, and one who survived the war and came home to make sure his brothers’ sacrifices would never be forgotten.

The monument was originally built in a city park along the road to Gladwin north of the Ross Street (M-18) bridge. About 12 years later the road was greatly improved, and the sweeping curves replaced the former twists and turns, leaving that park on what became a side road, and eventually the access drive to Brown Machine. At first it was still readily visible from M-18, but as the years and the foliage progressed, it became obscured to most of the public. In the fall of 1984 the Veterans of Foreign Wars and the American Legion arranged to move the entire monument across M-18 to Ross Lake Park, where it stands today, very visible on a small rise overlooking Ross Lake and a well-equipped playground. Often children can be seen running over and touching the monument – even asking questions about it, and getting a lesson in courage, commitment and sacrifice. It is flanked by a beautiful garden, lovingly maintained by women from the area who volunteer their considerable skills to make sure the garden is also a fitting memorial. Each year on Memorial Day a parade marches from down-town Beaverton, across the bridge and into the park, ending at the monument, where a fitting and solemn service is conducted. 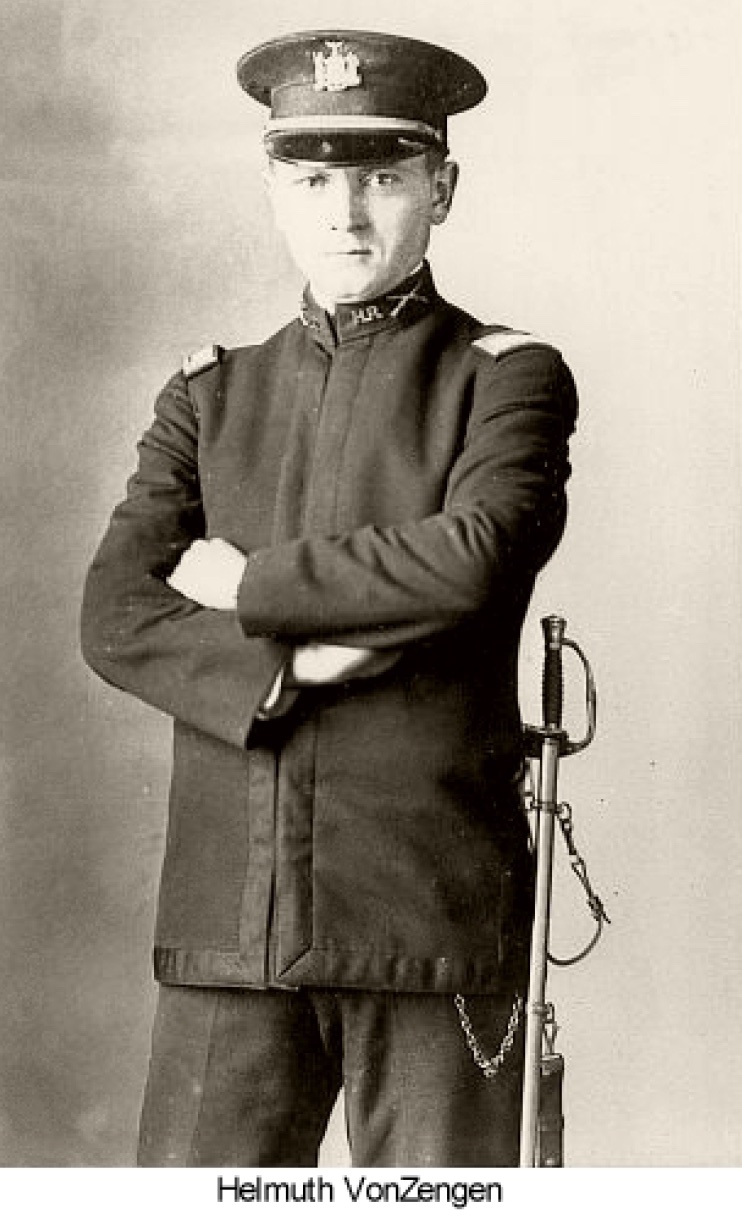 Copyright © 2022 City of Beaverton. All rights reserved. Powered By Apptegy